I am of two minds about this movie. On the one hand, when J.J. Abrams was unceremoniously handed back the reins to the new Star Wars franchise, he was left with the tall task of resolving plot threads he had established in Episode VII, which had in turn been deliberately subverted by Rian Johnson in his take on the Star Wars Saga. To a certain extent, when handed back control of the movies, Abrams was essentially told to close the gate after the horses had escaped. On the other hand, regardless of the circumstances around it, in order to be a good movie, a film needs to do an appropriate job with its own material, be it ever so mangled. I do not know who is primarily to blame for this movie, but for the most part, that particular question is irrelevant. The finest intentions (or lack thereof) for this film are precisely the ones which pave the pathway to the gates of Hell. The result is a choppy mess of good intentions and wasted ideas that for the most part seem to have been cribbed from other installments of the Skywalker saga.

The film begins in a fashion promising enough to make one doubt all the negativity that has been surrounding this movie in recent weeks. Kylo Ren (Adam Driver) is on a mission to find a dark secret of the Sith which promises a compelling storyline; it has the potential to do something new with the series while paying homage to the 40+ year history of the films which have inspired legions of fans over the years. The visuals, anticipation, and surprisingly reinvigorated musical theme are more than enough to set the stage for what promises to be a fitting conclusion to the Star Wars story. What follows in the film is a slow and steady deflation of all the promise of that premise.

The film is hamstrung early and often, perhaps most potently in the early scenes by the necessarily choppy editing of film and dialogue around the CG ghost of Carrie Fisher. The lack of consistency is painfully obvious, and the constraints on available dialogue make the development of the plot confusing and stilted, rather than emotional and powerful. Instead of coming off as the fostering maternal figure intended, General Organa comes off as vague and full of disconnected, undeveloped platitudes. It is unfortunate, as the emotional climax of her character, in order to be understood, seemingly requires the surrounding characters to do everything but stare directly at the audience as they conveniently spew a swamp of exposition around her reconstituted character.

The plot as a whole could certainly survive this setback, if it were not for the fact that Abrams, instead of organically reworking his ideas into the context of Episode VIII, seemingly attempted to tell 2 to 3 films’ worth of plot in the context of one, while retroactively undoing much of what had been done in the previous installment of the franchise. Promising plot points, themes, and story ideas which should have been organically and naturally built into the plot at a more leisurely pace are awkwardly jammed into place with little to no development whatever, and glossed over with several thick layers of Force mumbo-jumbo for good measure. Various vignettes and a disturbing amount of planet-hopping are so rapidly and choppily introduced that the audience is left dumbfounded; not with awe or excitement, but with the sheer effort of trying to understand what on earth (or in space) is going on.

None of this is to say that the movie does not have its moments. The central characters of Rey, Finn, Poe, and Kylo are, as always, interesting and worth watching. Several plot points hint at intriguing possibilities, and despite its many missteps, the film builds to a climax that, if well-executed, could have saved the overall fate of the film. Unfortunately, in nearly every single case, the film fails to execute on its own potential and plays the story far safer than it should.

The movie seemingly lacks the moral fortitude to explore the possibilities of its own plot. Much like in “Return of the Jedi,” at various points during the film, there are indications that the central character could take a dramatically dark turn. It is, incidentally, one of the better-developed overarching storylines of the new Star Wars Trilogy. However, it is difficult to explore the dark side of a character when the plot doesn’t have the guts to let itself consider the possibility. Rey is, at several points, presented with the devastating results of her own actions. Inevitably, however, in each case, those tragic results are magically whisked away by plot cliches or the nebulous workings of the Force. Thank goodness we dodged that bullet. We almost had stakes.

Nowhere is this lack of integrity more evident than the climax. Again, much like the ending of “Return of the Jedi,” the main character is presented with a moral dilemma: strike down her greatest enemy, and turn to the dark side, or do nothing, and let her comrades die in the skies above. It is hardly original, but it is a compelling catch-22. So compelling, in fact, that the plot… ignores the potential of that decision entirely and betrays its own rules in resolving the conflict. In a certain respect, again, the climax has a great deal to fulfill. It not only has to close off the movie in a satisfying way; it must also resolve (to some degree) the over-arching struggle of the entire Star Wars Saga. It is certainly a difficult task, but the climax as such is one that, in the moment of greatest conflict between good and evil, is resolved in the span of about ten seconds. It leaves the audience with a rather empty feeling of anticlimax, perhaps hoping it was a trick before the real climax appears. But alas, it is not.

The movie is not as bad as critics have made it out to be. It is certainly not good, but it is also not the worst “Star Wars” movie (however admittedly low that bar may be). It has a handful of good scenes and ideas, but they are almost invariably ruined by the general anemia of the story as a whole. If anything, it has too many things it is trying to do, and falls into the error of trying to do all of them; consequently, none of them are as good as they should be. It blew the potential for a much more impactful ending than it ended up having (though admittedly it was somewhat redeemed by the actions of Ben Solo). Those most compelling elements of the story, however, are all too often nostalgic homages to other (better) Star Wars films, which is a well this film goes to a few times too many. A disconcerting amount of the rest of the plot throws over natural character development in favor of Indiana Jones and the Search for McGuffins. The Force, far too often, seems to be used as a glossy cover for lazy writing. In terms of the overall Saga, Episode IX is an extraordinarily square peg jammed awkwardly into the gaping hole left by Episode VIII, and ends a dynamic story with more of a whimper than a bang. But at least the Storm Troopers still can’t ever hit anyone important to the story. It is not a terrible movie; it is simply painfully alright. 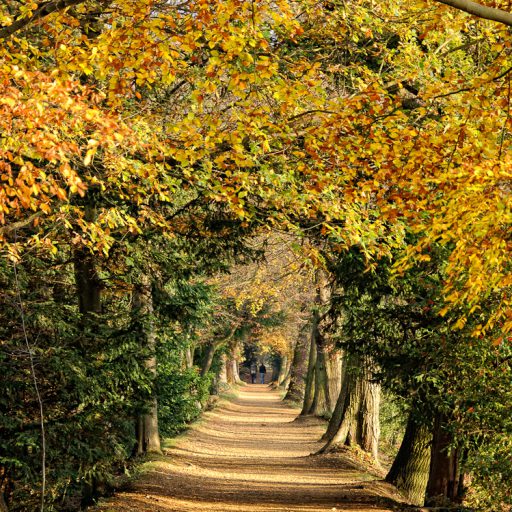 I write these reviews because I love film, storytelling, and cinema as an art in pursuit of truth and beauty. On a more personal level, I simply like writing and thinking about the themes and ideas of movies. However, if you would like to support me in this endeavor, I do greatly appreciate your support!

3 thoughts on “Star Wars: Episode IX – The Rise of Skywalker AKA Goat Riders in the Sky”

View all posts by pjrlyon